In the 1980’s, the definition of “consultants”, would be the person who borrows your own watch to tell you the time…and then keeps the watch. 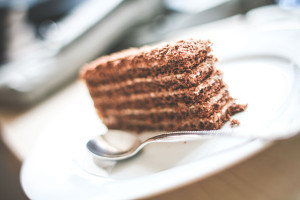 Even years ago, before reality TV had really taken its hold on the world, Sir John Harvey-Jones, was the epitome of a charismatic consultant. He would rock up fearlessly in his Jaguar, Oxbridge educated self-belief oozing, as he hit hard like a whirlwind within the entire business. He would identify the problems, assess the important pillars and deal with superfluous manpower by poking at it all in context, like the player in a game of Jenga… all whilst clutching his pipe and attempting to retain himself within the confine of his braces. Sir JHJwould decipher who slid away with consummate ease and deduce that that group would shortly be rendered jobless, and bingo, the company had invariably lowered its overblown spending patterns – The P&L is saved… How hard was that? At the end of the show, as he drove off in a cloud of pipe smoke, into the credits, some of the viewers (me) wondered how those companies were holding up two weeks, three months or four quarters down the line, after the cameras had stopped rolling and the smell of cigar smoke had all but gone.

In the last 3 years, Whitehall alone spent £1.3B on consultants and the likes of the Boston Consulting Group, PWC and thousands of other firms of varying size, contributed to the extensive $250B annual spending attributed to the global consulting market. So, what makes a good consultant? What should they deliver, when should they deliver, for how much should they deliver “it”, and how do the expectations of the client ever have an achievable finality to them? Can the client ever be happy in an environment where they didn’t really know what the hell they were asking for in the first place???

So what are the attributes of a good Consultant?

Great consultants have to be flexible, they have to listen and deliver something that the client meant to ask for, and possibly didn’t quite ask for (but maybe thought that they had asked for) – and so the Consultant would have to be an interpretive translator.

They have to follow a timescale and plan, lest they meander from plan and rack up an even moresizeable bill (that wasn’t the client’s plan). It is that bill that not only gives the consultant a bad name but gives all consultants a bad name. And will require a consultant to come in and analyse, once the first consultant has gone…

The dogged nature of a consultant is what will enable them to take undefined and fluid concept and convert it into a coherent and defined plan, delivered through a clear understanding of the environment, weaving in general developments in the environment all utilising a vast and detailed acquired knowledge base.

In order to sell something to someone (advice and strategy)- it makes sense if you hear your own words, heard through the client’s ears. Its not hard – would you buy what you are selling? Would you feel a sense of ease or knotting anxiety if your roles were switched? Would you introduce a consultant and undermine the existing equilibrium of the company’s team and structure? Knowing there was a greater good…

The good consultant is the system architect who sees aspects of a business failing – like a fragmentation in the Supply Chain, and they then leave a tailored and thought out legacybehind them. A legacy that the business will adopt and will continue to use… as opposed to just allowing the business the ability of reverting to the old, easy and less effective ways…because of nothing more than poor posture and muscle memory.

In the last five years we have gone to great lengths to learn our customer’s businesses, learn their specific process, the overall point of what they are doing and why, the customer’s needs, the business pressures and the inherent weaknesses and then apply a robust software solution, centred around a purpose built CMS and CRM solution – but tailored to the exacting needs of the specific customer.

In recent years we have built a successful solution which we have applied to companies in a diverse range of production processes, where they are operating and supporting large warehouses and DC’s, from sectors as diverse as The Wine and Beverage Industry to high end Equipment Maintenance and hardware production companies. But the premise of Stocked, remains the same, we take the engine and build the tailored solution, per the client’s needs and… where there is a production process, we have a solution that is tailored and unique.

What has become clear over the last 10+ years, is that by working with the range of businesses and by getting to know them, a consultant can have an impact on the methodologies and working practices and use its knowledge to drive efficiencies and power a return, and overall improvement that permeates throughout the business, and do so long after you and your Jag have cruised off into the hazy sunset.

The best consultants leave a tangible legacy, and the best consultants, like most groups that add value, bring an overhaul and a shift to a business. They are a powerful force, which all good businesses should engage with, in order to benefit from that third party, fresh eyed, broader perspective and independent view point – that sometimes a business loses sight of, because it is simply standing so close to the forest to see the trees…